Digitally, at least. I decided to move my blogs over to WordPress because they seem to have some nicer features and I'm getting tired of Blogger changing stuff on the "back end" so often.

You can now find Fifth Day at birdingchaplain.wordpress.com/

I've transferred over everything here as well. This site will stay here until....something happens to it.

Thanks.
Posted by Chris Moellering at 11:48 No comments:

So I had read on the NNYBirds Listserve that Snowy Owls were being seen pretty reliably at Hancock International Airport just north of Syracuse. I stopped by yesterday, but it was raining and everything was covered in snow. Struck out. Today I stopped by and had a look around. That's a funny looking clump of snow.... 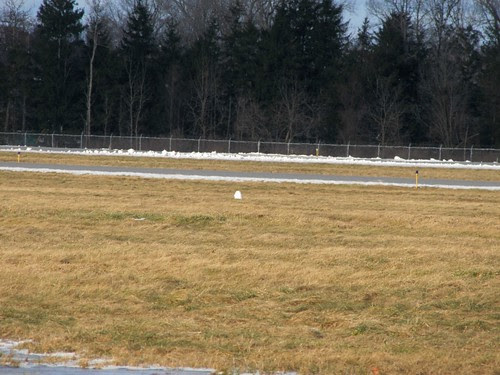 No, that's a Snowy Owl! I didn't get any better pictures, but with a scope I was able to get a good look at it. So I headed home to grab my daughter, who has an interest in owls. We came back and he had moved. Fortunately, to an easier to see spot on top of the parking garage. 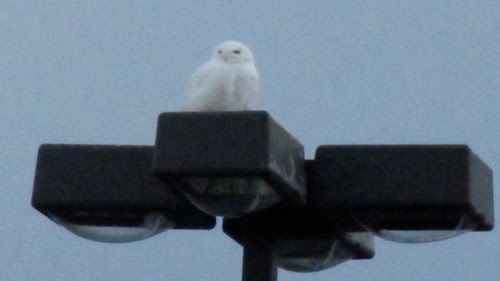 After we had stood and admired as long as we could stand (single-digit windchill kept that time pretty short!) We started to head home. But, I spotted what looked like another on top of a light on the way out. 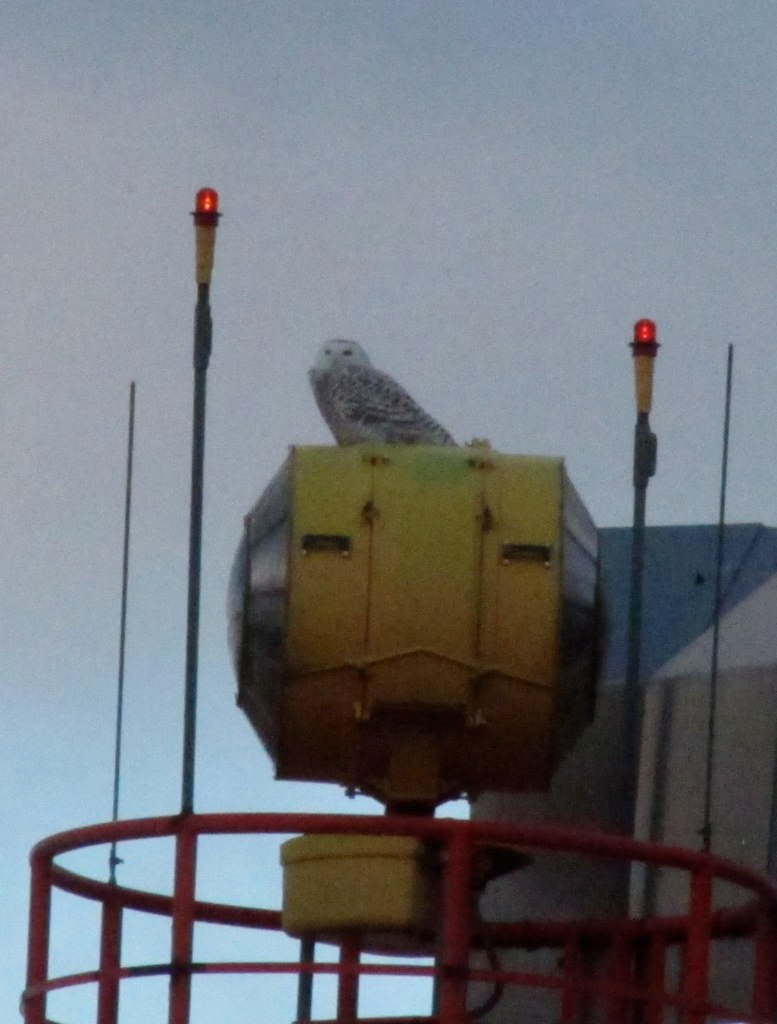 We were able to divert into a parking lot and get some good looks at this immature one as well. Again, we didn't hang around too long. As we were driving away, this one flew, which was cool to catch a glimpse of.

I was reading e-mail last night, when a post on the CNY birding list server mentioned someone trying to find an eider that had been seen previously, but had no luck scouring flocks of hundreds of Long-tailed Ducks for it. (These were known as Oldsquaws until about 10 years ago when it was decided "long-tailed Duck" was a less derogatory name. Can't even look at birds without political correctness showing up.)

I stopped, backed up, and realized what that meant. There were hundreds of Long-tailed Ducks within an hour's drive. I have never seen a Long-tailed Duck! I had a free day today. off I went!

It wasn't overly cold, but it was windy. Here's a picture of the surf coming in on Lake Ontario. 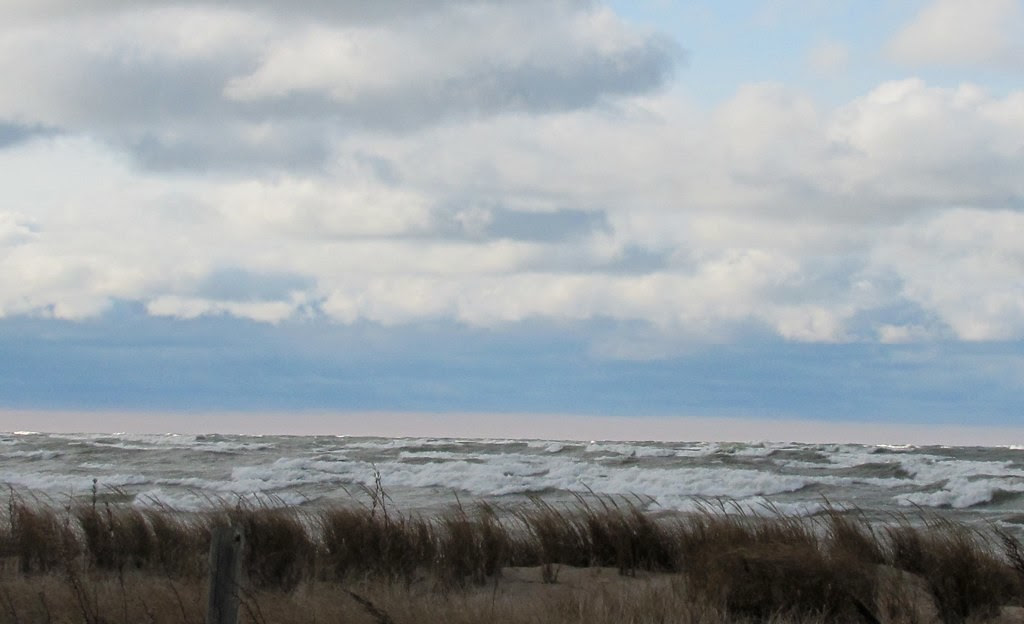 So I tried to find places with protected harbors to search, because I knew I wasn't going to have much look trying to see anything on those breakers. I had my first luck at Henderson Harbor, where I found one, but I really scored at the harbor in Oswego. 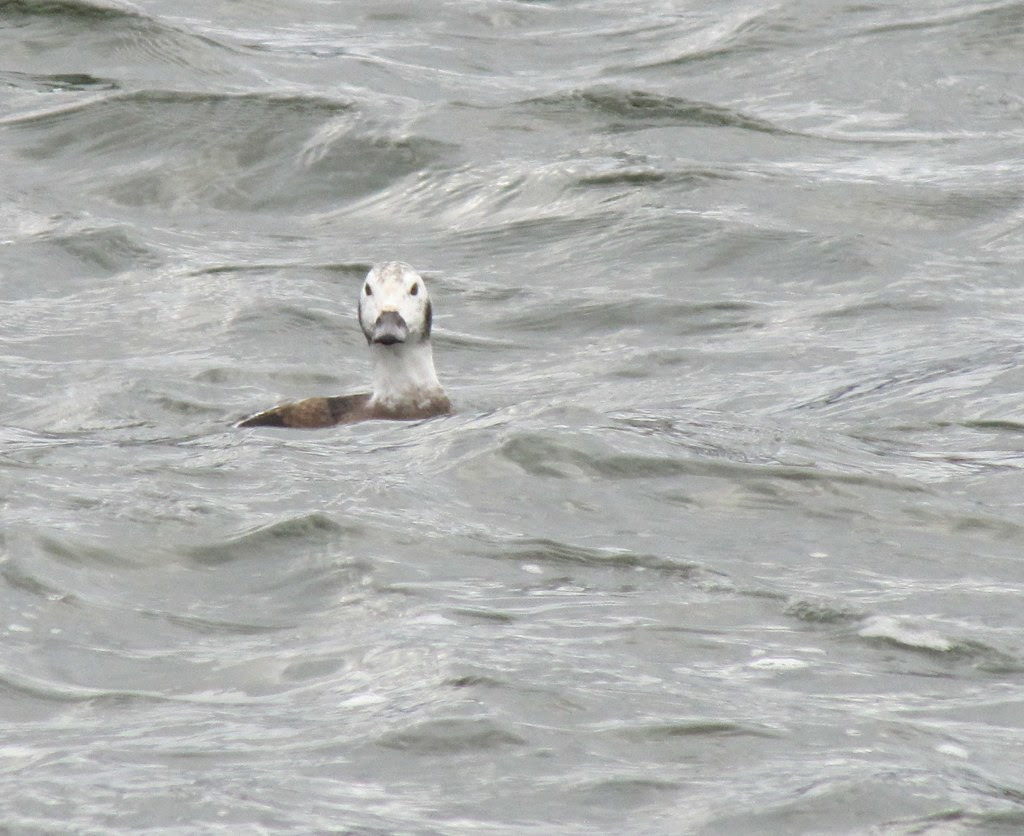 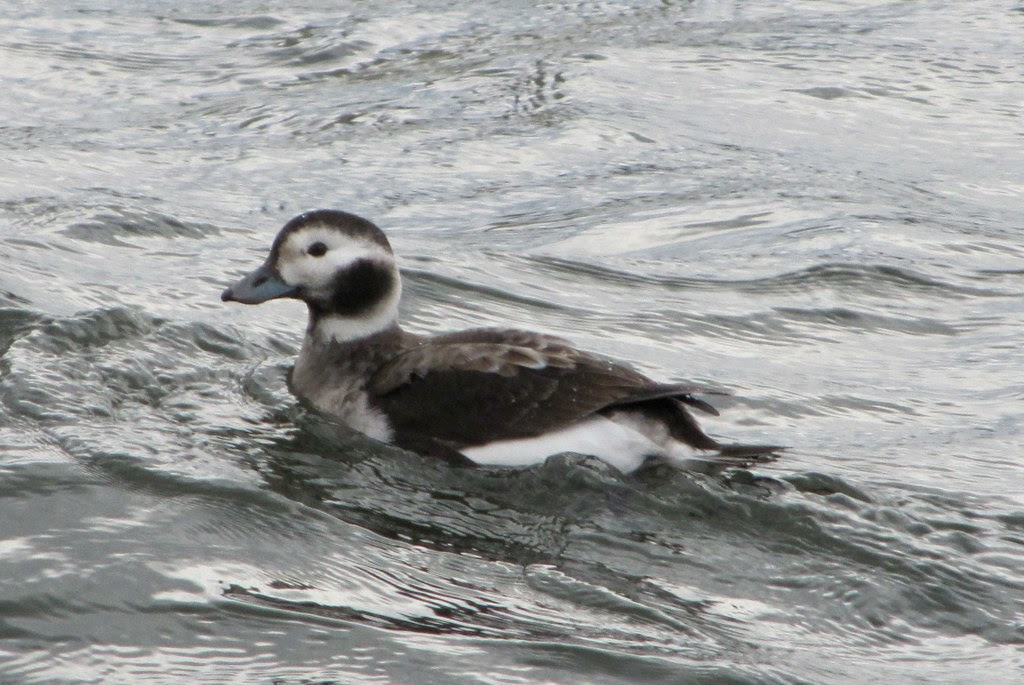 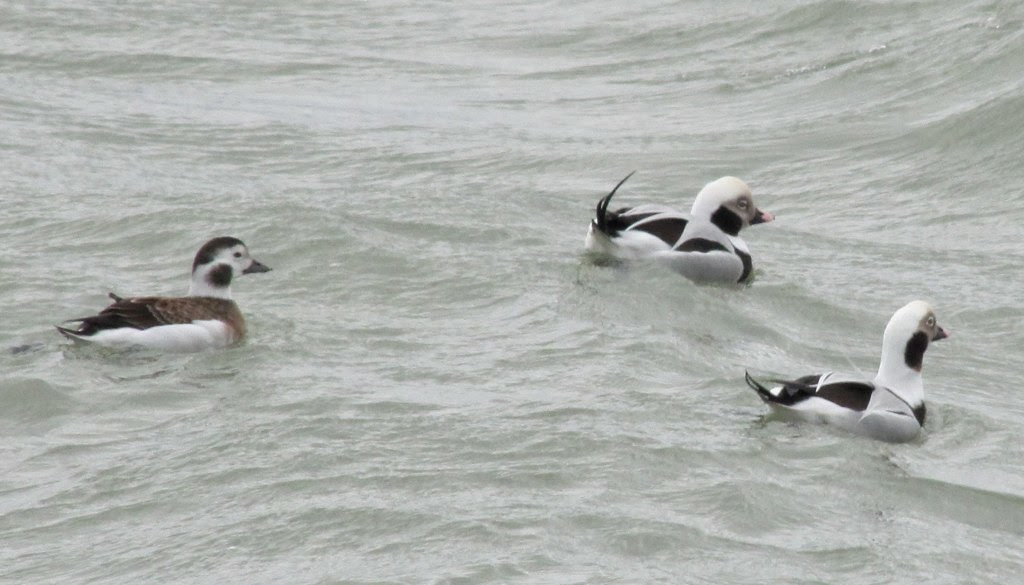 I also found, and managed to catch an in-flight shot of a Lesser Black-backed Gull. 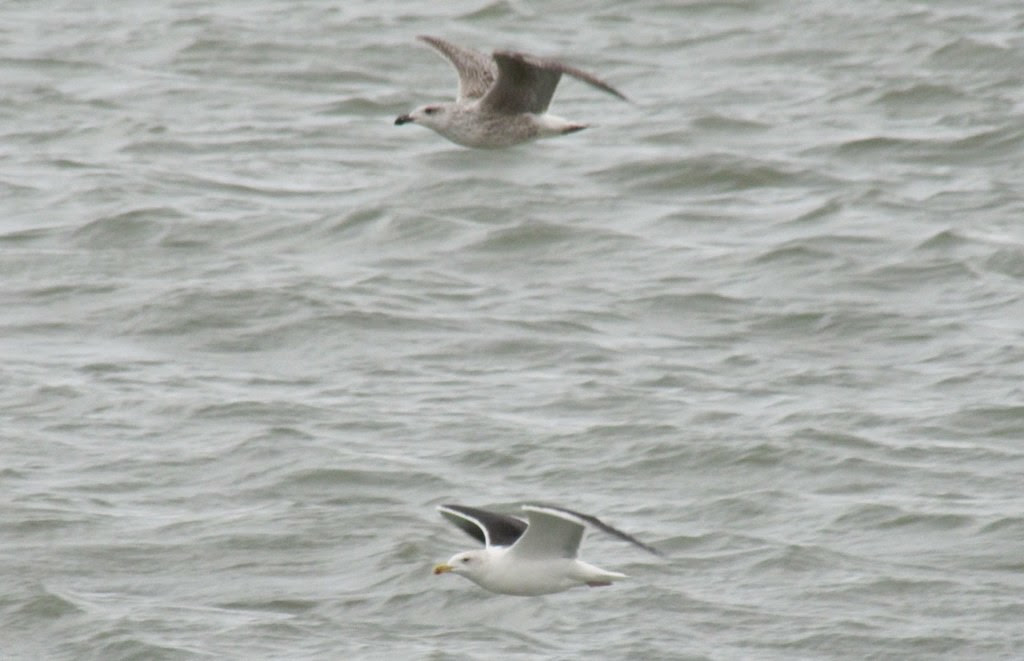 To give an idea of the wind a waves, here's a shot of the waves breaking over the breakwater at the Oswego Harbor. 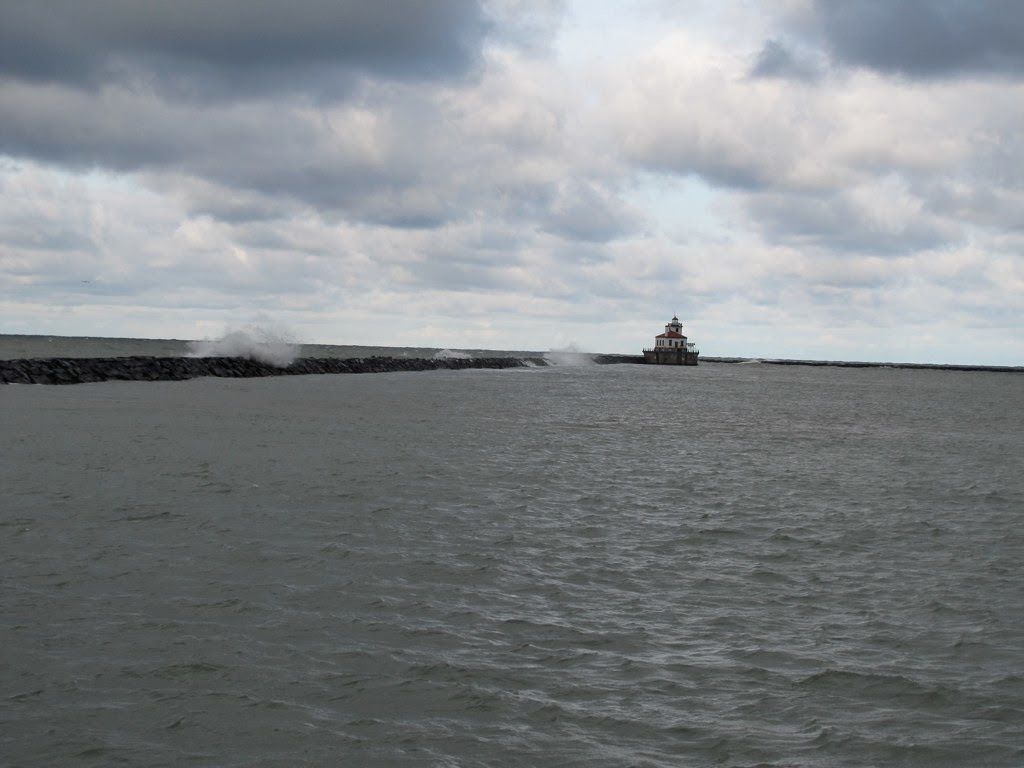 Overall, a good day. I saw a lifer and managed to get several good pictures of them. Thankfully, all of my stops I could either bird from the car or they were a short walk. That wind just cut right through you!
Posted by Chris Moellering at 15:34 No comments:

A week's vacation over Thanksgiving to celebrate my in-law's 50th wedding anniversary found us on Navarre Beach, Florida. Unfortunately, baggage policies and prices being what they are, my scope and good camera had to stay at home. Nevertheless, I managed a few pictures of the majestic creation of God during the week with the pocket camera. A walk along the gulf netted me a Willet. 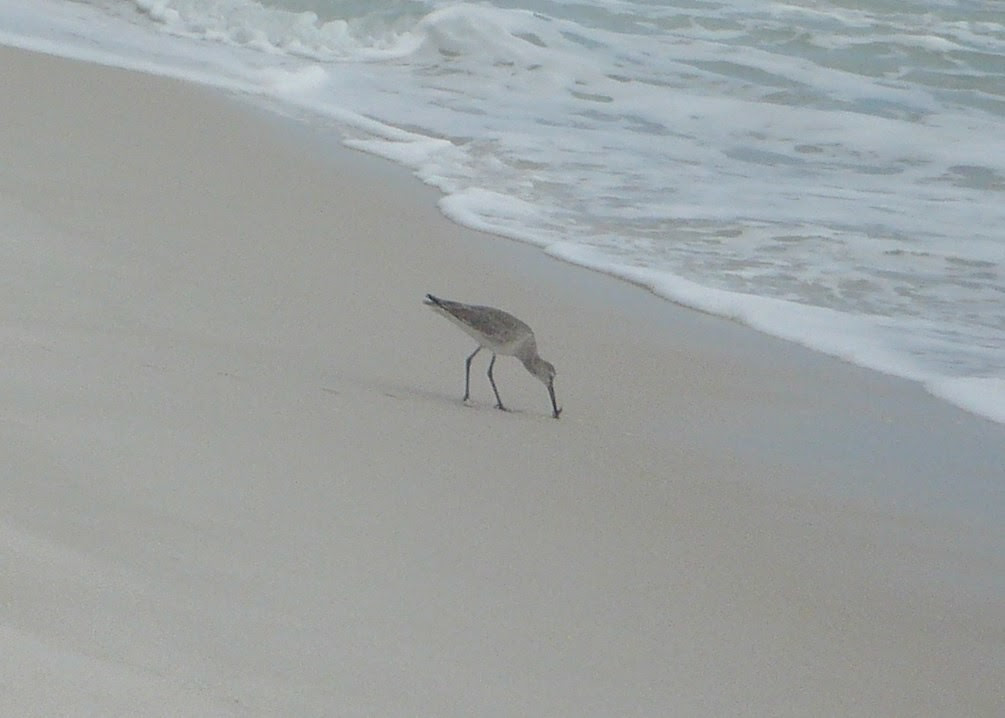 Of course, Sanderlings were abundant. 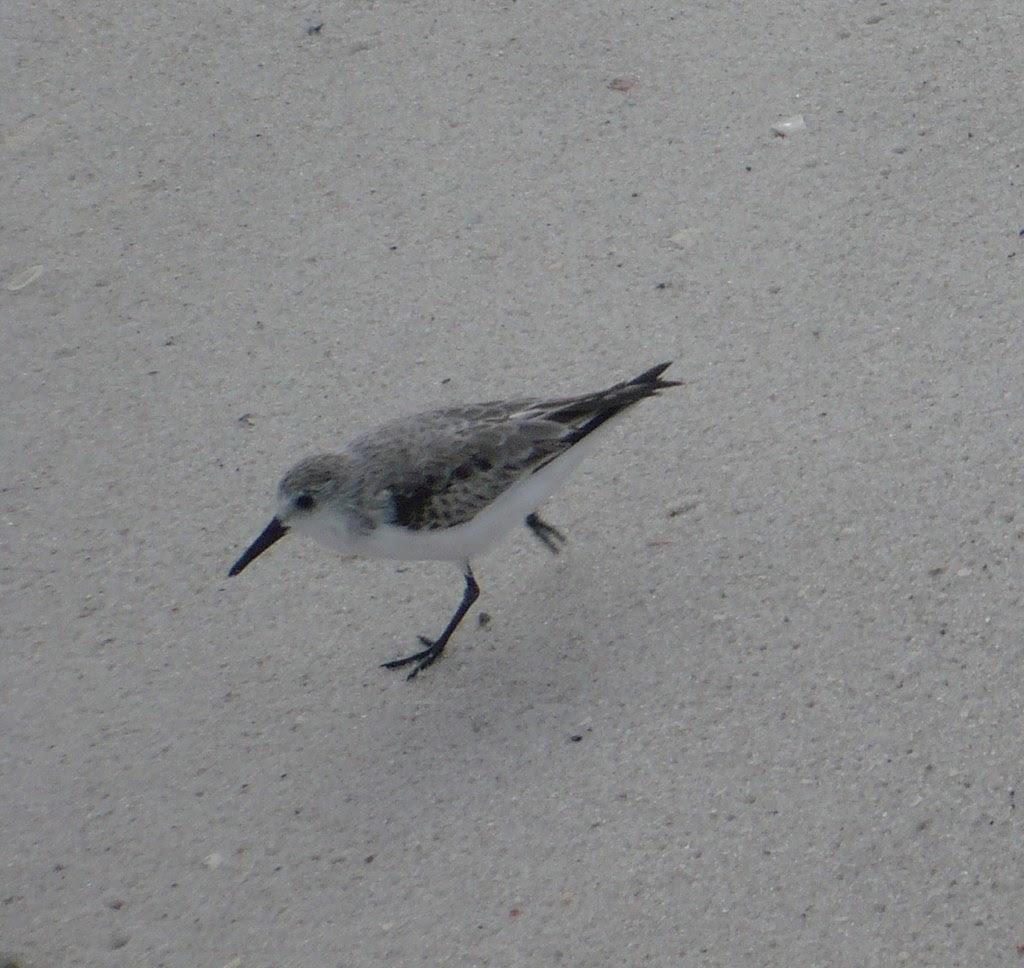 It was rather windy several days, kicking up some rough conditions on the gulf. 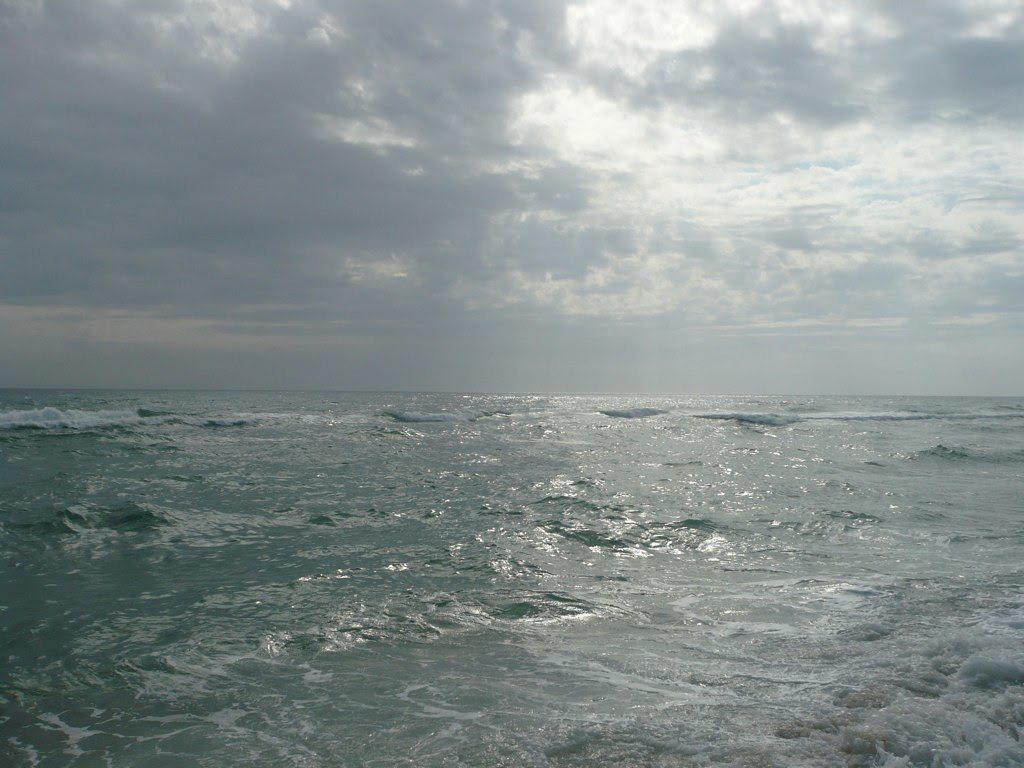 Our rental was on the sound side, and we had some very serene sunsets. 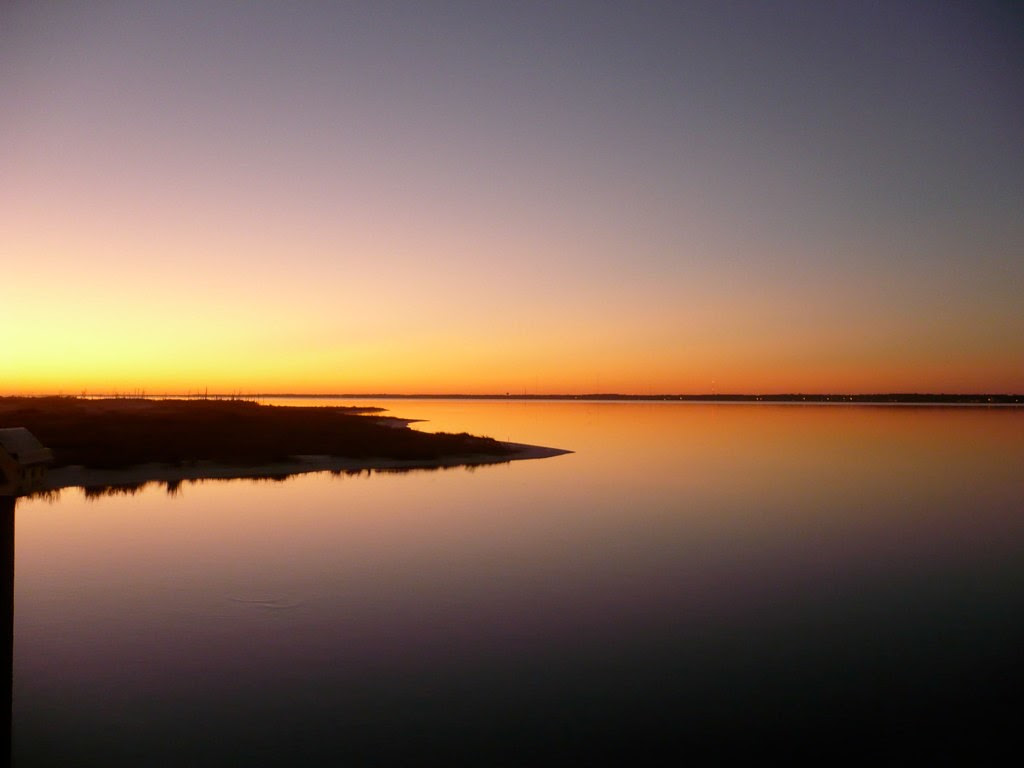 Posted by Chris Moellering at 19:52 No comments:

Captured this Monarch on digits the other evening on some Purple Loosestrife in my back yard. Too pretty not to share. 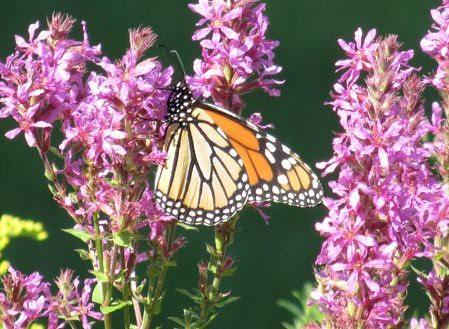 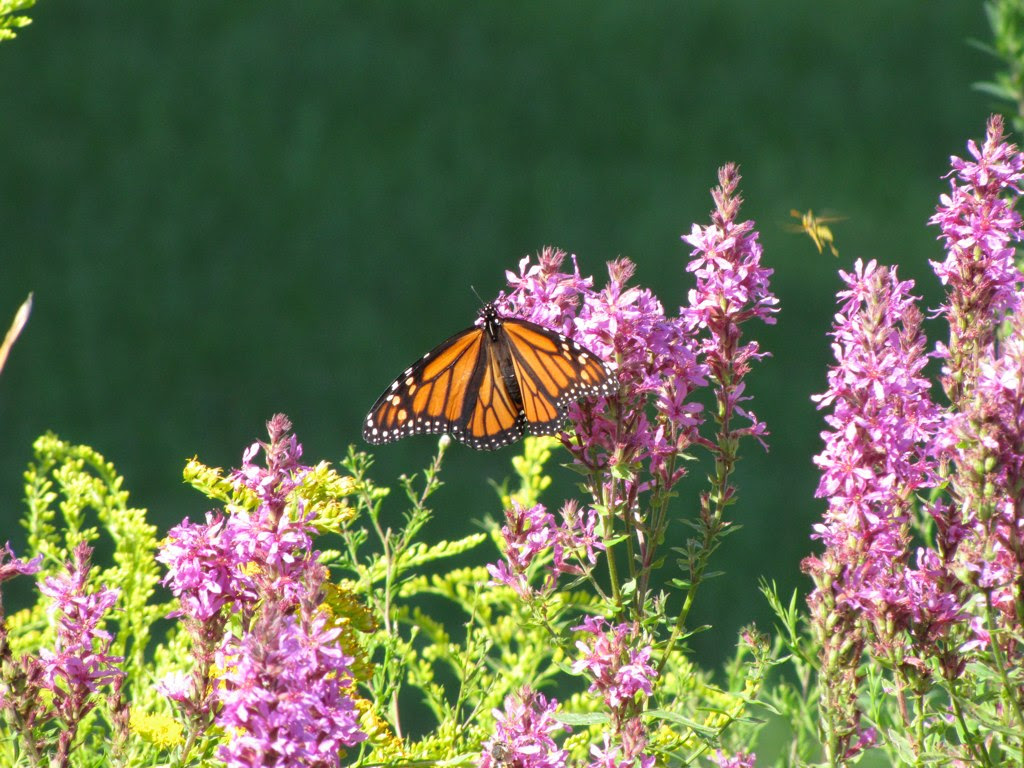 Posted by Chris Moellering at 14:36 No comments:

Chris Moellering
A Hoosier by birth, a Soldier by trade, a husband and father by choice, a chaplain by the grace of God. I like to watch flying things and take pictures of them wherever the Army sends me.